In Michael Behe’s new book, he touts the concept “Devolution” using what he calls the first rule of adaptive evolution, that is, that unguided natural selection usually works through random mutations that damage, diminish, or break the genes in which they occur. To do more than that, the actions of a supernatural intelligent agent are required, according to Behe. (For a more comprehensive review of Behe’s ideas about Intelligent Design, see the first few sections of my recent review of “Darwin Devolves.”) 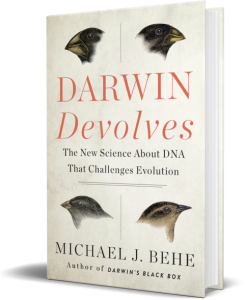 I have lots of problems with this book. I detail some of them in this review in Science, but I take a detailed scientific look at his opening example in this post, which I think captures Behe’s general approach of presenting data in a very misleading way. But in addition to the problems with his individual claims and examples, the whole concept of “devolution” is rather puzzling and I’d like to expand on that.

You have probably never seen the word “devolution” in a scientific context, because it is not a concept within biological science (as far as I know). Behe uses the terms devolve and devolution to indicate a loss or diminishing of function, as though these were the opposites of evolve and evolution. According to Behe, a protein evolves if it improves in function (or gains a new function), and it devolves if it’s function is reduced, degraded, or destroyed. These are not terms that chemist, biochemists, or molecular biologists use and understand. “Devolve” is a pure Behe-ism.

It also doesn’t make any sense. Evolution simply means change over time, and it is not a steady march toward perfection or increasing complexity. In fact, evolution favors simplicity, efficiency, and streamlining as often as it favors complexity. While it’s possible that Behe is using the term in a jocular manner, there’s no indication of that, and he uses the term repeatedly throughout the book in that very specific way. Let’s call this…

Misunderstanding #1: Behe seems to think that evolution is the accumulation of  complexity. If so, it’s no wonder that he has such angst about it. The reality is that evolution is aimless, sloppy, and produces clunky solutions as often as it does elegant ones. Our own bodies are filled with glitches and goofs left over from the imprecision of natural selection. This may be deeply unsatisfying to some, but nature cares little about our satisfaction.

This fundamental misunderstanding of the nature of evolution is a serious error, especially for someone who has dedicated his career to critiquing modern evolutionary theory. But it not the only one.

Misunderstanding #2: Behe’s notion of “irreducible complexity” demands that natural selection can only work if every single step on an evolutionary path is advantageous. We know that’s not true. Populations of organisms harbor a great deal of genetic diversity generated by gene duplications, neutral mutations (and even slightly deleterious ones), recombination, and even rare but dramatic events like chromosomal duplications or rearrangements, and horizontal gene transfer (which may actually be not as rare as we thought). Evolutionary forces then act on all that diversity in unpredictable ways. In Darwin Devolves, you will not find discussions of any of this. Behe either ignores or quickly dismisses these phenomena, despite the key role they play in the generation of the very complexity that Behe doesn’t think that nature can build.

Misunderstanding #3: Behe frequently speaks as though natural selection (which he often calls Darwinism) is the only evolutionary force and speaks about in only the simplest terms, as if we haven’t learned a great deal since the mid-19th century. Natural selection encompasses many permutations that Behe rarely, if ever, acknowledges including exaptation, sexual selection, and frequency-dependent selection. Moreover, natural selection is joined by other forces such as genetic drift, gene flow, hybridization, and meiotic drive. Behe constantly repeats his refrain that natural selection cannot account for everything we see in nature. Yeah, we know. And we’ve known that for a very long time.

[ED: The “#3 paragraph” above has been revised after Jerry Coyne pointed out some sloppy “semantic errors.” I apologize for being rushed and lazy with my readers and I thank Jerry for helping me get the language precise.]

The tendency to see intelligent design in nature is an old one, but science moved past it long ago. As François Jacob wrote in Science over 40 years ago, “Natural selection does not work as an engineer works. It works like a tinkerer — a tinkerer who does not know exactly what he is going to produce but uses whatever he finds around him… to produce some kind of workable object.”

Because he is an accomplished biochemist, Behe’s writing gives the air of scientific authority. However, the answers to the questions he poses have been worked out for quite some time. In 1918, H. J. Muller proposed a process of how natural selection can create complexity: “Add a part; make it necessary.” Behe has long been skeptical of this perhaps because the precise molecular mechanisms of “make it necessary” can be difficult to figure out after the fact.

However, “Muller’s two-step” received a powerful update in 2012, which we now call “Innovation, Amplification, and Divergence,” In this study, Andersson and colleagues showed that, under the right conditions, bacteria would naturally evolve to get over a metabolic hurdle through gene duplication and diversification, all in under 2000 generations. That should have been the end of this debate, but Behe and others insist that this incredible study actually supports Intelligent Design since intelligent scientists designed it. Yes, the scientists were smart, but they designed the way to observe the bacteria’s evolution, they didn’t design the evolution itself.

I find it poetic that the very title of this book, Darwin Devolves, is a misnomer. There is no such thing as devolution and there is no great crisis in evolutionary biology. There are, however, a great deal of interesting unanswered questions. Our new era of cheap genome sequencing can begin to interrogate some of these questions. As with all great interrogations in science, the answers will come from the proper interpretation of all available evidence.

20 thoughts on “Darwin Devolves: “Devolution” is Not a Thing” 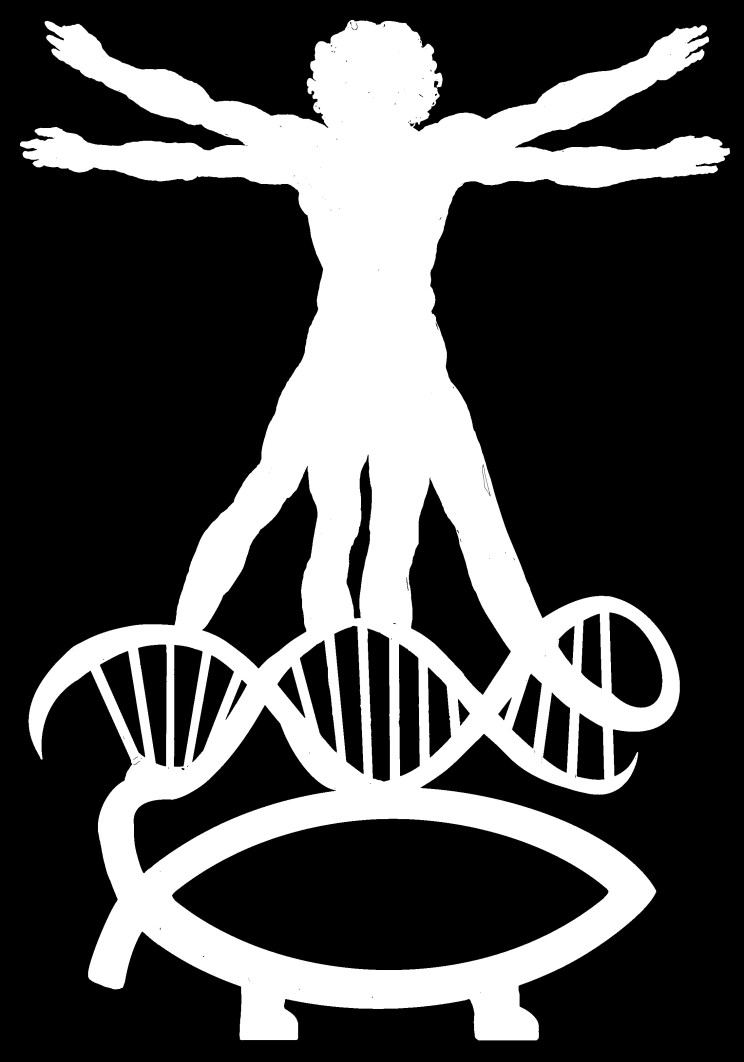